Learn this: A child's body and mind are his own, not anyone else's. 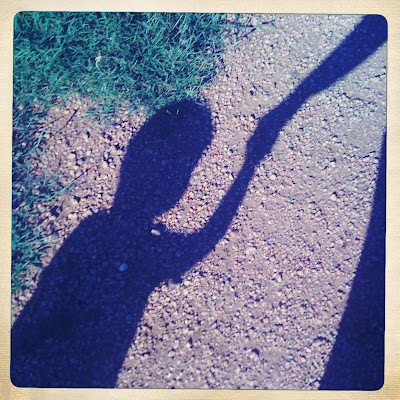 A few random things came together over the last couple of days:

The first is incongruous enough, but the episode I saw had Wynonna Judd on it along with her mother.  Apparently, they've had a contentious, undifferentiated relationship for years and have been struggling to sort it out in therapy.  Wynonna has been lost as an individual and unable to know when her wants and needs started in relation to her mother's and she poignantly pointed out that as a child her body was never her own; she was never allowed to ward off a hug, a pat, or a squeeze whenever an adult wanted it.  She was scolded for trying to protect her personal space -- a very powerful concept that struck me deeply coming from a family that often chased me down (literally) for physical attention.

The second, also incongruous, involves the first chapter of review in my study-guide book -- child development -- so there has been lots of talk about the cognitive abilities of children as they grow, their limitations, their understanding of their world and the people and relationships in it, and of themselves.

Third, on occasion I find myself wishing for the end of the day when I can shut down from being 100% "on" with Hawk.  Of course this is immediately followed by piercing guilt, then love, then re-ignition of my presence of mind to the moment: this moment, the larger moment, all of it.  But it's happening all the same and I need to reel myself back in and check myself.

And last, Hawk is more present in his world.  He notices who is where and when (though the why is happily still beyond his grasp).  His language has improved, he understands complex thoughts such as "tomorrow" and a little more about cause and effect.  It's this last piece that is most important to me because I don't want him to start laying pathways to self-destruction such as: I'm doing X and Mommy is distant and unavailable because of it.

All of these things have conspired to remind me of one unalienable right that many of us forget entirely:

As adults we often overlook the fact that they have the right to be who they are regardless of their control.  In fact, because of their utter lack of control in their worlds we should go especially out of our way to let them be who they are.

I've taken this to mean a couple of things:

1. If I am in a good mood and Hawk is determined to be in a bad mood, I should let him do so with no consequence other than acceptance and giving him a space in which to do it.  I certainly feel any way I choose when the mood hits, so why should I have the right to deny him the same freedoms just because it's inconvenient to me?  And since he can't go lock himself in a closet and scream, I have to provide that opportunity to him.

If Hawk has a melt down because God-knows-why, then he is doing exactly what he should be doing.  He is the center of his universe, can barely wrap his head around "Not now, later," and is only just now developing coping skills.  It is wholly cruel of me to expect him to stop an untoward behavior simply because I am over it.

Case in point, we were at Old Navy yesterday having a swell time when, out of the blue, his mood tanked about an hour earlier than it normally would.  I was caught unawares and lost my cool.  I stormed out of the store with him in my arms curtly telling him to "Stop it," every few steps as he sobbed and yelled and hit my chest and back to go back.  He fought me getting into the car seat and lest I force him in it by brute force alone I had no options.  At the thought of physically over-powering him I felt slapped.  I sat back and took a deep breath, looked into his tear-streaked face and said, "Baby, I'm so sorry for scaring you... come here," and pulled him onto my lap.  He continued to sob as I patted his back and apologized for losing my cool and getting angry.  He choked out, "Mama not angwy, me angwy!  Me sowwy!"

I said, "Yeah, baby, we're both angry and being angry is ok.  But it's not ok to be mean to someone you love when you're angry.  And I was a little mean by being scary."

I kept holding him and tried to kiss him, but he refused the touch and sternly said, "No kisses!"  He wanted only the hugs and pats.  I said, "Ok, you tell me when you're ready for a kiss," and he agreed.

As we began the drive home he continued to be upset, still sobbing "I wanna go baaaaack!" mixed in with completely unintelligible whines.   I snapped again and yelled angrily, "What is it that you waaaaaaant!?!?!"  He cried harder.  I took a couple more deep breaths for few beats and asked again, "Baby, what is it that you want?  Mama wants to help make you feel better and she's frustrated because she doesn't know how to help you," to which he replied, clear as a bell,

"Me not want to feel better.  Me saaaad and maaad!"

I swear you could have knocked me over with a feather.  He wasn't ready to be placated, to feel better.  He wanted to be upset.  I rode back home in silence chewing on my thoughts.  Hawk intermittently whimpered and watched the word whiz by his windows.

2.  I need to remove the concept that some emotions are "good or bad."  Emotions inherently have no value.  They are neither better or worse than others, just more or less accepted.  But here I was determined to help him feel better because the whining, crying, rage was pissing me off, when ultimately he was quite happy being unhappy and it was my own personal comfort level that was being affected.  Nothing else.

If I had it to do over again I wouldn't have engaged my own anger with his and I would simply have taken him to the car, told him to let it out via screaming and kicking (though, not at my person, specifically) and then told him I'd be there for a hug whenever he was done.

These questions could play an important role in getting along with children exploring emotional boundaries with their caregivers, and within themselves, by allowing them the room to do so without internalizing shame or criticism given because it wasn't convenient to the adult.

I don't know... it's complex, I know.  I'm just trying to stay plugged in and present, but it's hard when I'm shredded most days.  I have hardly anything to give, but I hate more than anything to let myself or Hawk down when I know I can always dig a little deeper.  I want him to see the effort even if the execution is imperfect because that's part of the lesson I want him to take away: perfection isn't the goal, it's growth; mistakes happen, we can talk about them; and, most importantly, he is worthwhile in every shade of emotion he has, not just the ones that are easier for me.